Institute of Astronomy and Astrophysics (IAA)

[20/05/2022] When the interests of private companies jeopardize astronomical science ... and humanity 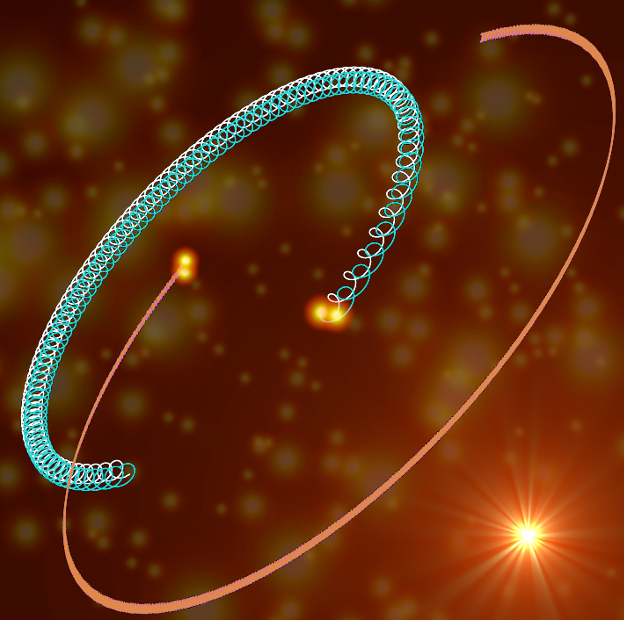 
Stars like to be in company, and unlike our Sun, most of the stars in the Galaxy have one or more stellar companions. Binary stars are now recognized to play a major role in a large range of astrophysical events, and mergers of binaries are in particular the cause of the recent gravitational wave emission detection. In addition, binary stars allow us to derive fundamental stellar parameters like masses, radii and luminosities with a better accuracy compared to single stars. They represent the gems on which various astrophysics topics rely. While binaries have received much attention so far, higher-order stellar systems have remained aside until recently, despite the fact that they show a wide variety of interactions, especially in tight systems. Stellar quadruples only represent a marginal fraction (a few percent) of all multiple systems. The complex evolution of such high-order multiples involves mass transfer and collisions, leading to mergers that are also possible progenitors of thermonuclear supernovae. These supernovae represent standard candles for fixing the Universe distance scale, despite the fact that the evolutionary channel(s) leading to the progenitors of such supernova explosions are still highly debated. A spectroscopic quadruple (HD 74438) was discovered in 2017 in the Gaia-ESO Survey. The Gaia-ESO Survey is a public spectroscopic survey providing a detailed overview of the stellar content of the Milky Way by characterizing more than 100 000 stars. Subsequent follow-up spectroscopic observations of HD 74438 were obtained with high-resolution spectrographs at University of Canterbury Mount John Observatory in New Zealand and at the Southern African Large Telescope in South Africa. These observations allowed us to determine that this stellar quadruple is made of 4 gravitationally-bound stars: a short-period binary orbiting another short-period binary on a longer orbital period (2+2 configuration). Its membership in the open cluster IC 2391 makes it the youngest (43 million of years) spectroscopic quadruple discovered so far and among the quadruple systems with the shortest outer orbital period (6 years). Thanks to the spectroscopic analysis it was possible to show that this quadruple system is undergoing dynamical effects on long time scales compared to the orbital periods. Indeed, one of the inner binaries should have evolved into a circular orbit whereas it has an eccentric one. This is explained by the gravitational effect of the distant binary companion which can pump up the eccentricity. State-of-the art simulations of this system's future evolution show that such gravitational dynamics can lead to one or multiple collisions and merger events producing white dwarfs with masses just below the Chandrasekhar limit. A star like our Sun will end its life as a white dwarf, and the mass of white dwarfs cannot go above the so-called Chandrasekhar limit. If it does, as a result of mass transfer or merger events, it does collapse and produces a thermonuclear supernova. Interestingly, 70 to 85% of all thermonuclear supernovae are now suspected to result from the explosion of white dwarfs with sub-Chandrasekhar masses. The evolution of stellar quadruples such as HD 74438 thus represents a new promising channel to form them. Trajectories within the quadruple stellar system HD 74438: the two close pairs, having orbital periods of 21 and 4 days, orbit around each other in 6 years. At some point, the two pairs could merge into white dwarfs giving rise to a thermonuclear supernova, as illustrated in the bottom right.

In memory of Dimitri Pourbaix

We are very saddned to announce that our colleague and friend Dimitri Pourbaix passed away on November 14. This is a great loss and for those of you who would like to express their sympathy, they can write a few words on this page : remember

In recognition of Dimitri Pourbaix's astronomical achievements, an asteroid has been named after him : (374715) Dimpourbaix = 2006 SH20 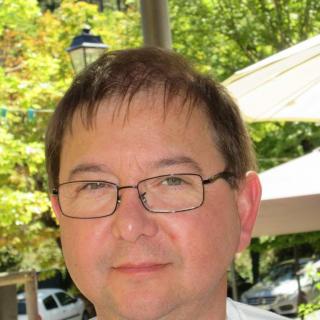 Dimitri Pourbaix, who was the newly elected Vice-President of IAU Commission G1 on Binary and Multiple Star Systems, passed away on 14 November 2021 after complications from cardiac surgery last April.

He was born in Charleroi, Belgium on 22 May 1969 and was working as Senior Research associate of the National Fund for Scientific Research (FNRS) at the Université Libre de Bruxelles (Belgium).

Since his Ph.D. in astronomy from the Université de Liège in 1998 he was a specialist in the determination of the orbital parameters of binaries. He was the manager of the 9th catalogue of orbits of spectroscopic binaries for the former IAU Commission 26. With the advent of the Hipparcos Catalogue, he also made a speciality of reprocessing the data to improve our knowledge of some specific types of star (binaries, C stars, Oxygen-rich Mira Variables, substellar companions, ). All these works were the subject of the agrégation thesis he defended in 2007. Beside this, he was also fond of scientific computing and optimisation problems.

Since 2006, he led the Belgian participation in the Gaia data processing consortium and was mostly dedicated to the management of the Coordination Unit devoted to object processing. He will never see the publication of the long-awaited catalogue of binary stars, to which he has contributed so much, due for GAIA DR3 next year.

Alongside his scientific activities, he also enjoyed public outreach, sharing his passion with lectures ('Cours Public d'Astronomie') and observing nights.

Dimitri had a rich personality and was a connoisseur of the good things in life. His colleagues remember how their conversations with him could be energetic and tough while he actually was generous, benevolent and kind. He was a dedicated husband and father of a young son.

Past affiliations within the IAU:
- Vice-President of IAU Commission G1 on Binary Stars (2021)
- Past Steering Committee Member of Division A Fundamental Astronomy (2012-2015)
- Past President of the former IAU Commission 30 (Radial Velocities) (2012-2015).
- Past Chair of Commission 26 WG Catalog of Orbital Elements of Spectroscopic Binary Systems (until 2015)
- Past Organizing Committee Member of Commission 26 Double & Multiple Stars (2006-2012)

More details on our activities can be found here